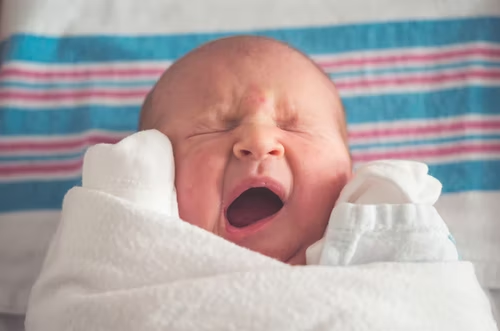 Photo by Tim Bish  on Unsplash

In April, a new Supreme Court Justice was confirmed: Judge Ketanji Brown Jackson. During a pre-confirmation hearing,John Kennedy, a Senator from Louisiana, asked Jackson to share her opinion on when life begins. Jackson faltered and simply said that she doesn’t know. He asked if she had a belief on the matter. She said:

“I have personal, religious, and otherwise beliefs that have nothing to do with the law in terms of when life begins.”

Senator Kennedy then asked her:

“When does equal protection under the law attach to a human being?”

The critical question of when life begins is both legal and philosophical, and it is a never-ending debate for a lot of people. While many sit and speculate about personhood based on “viability” and other arbitrary points of time throughout human development, there is a simple answer based on the science of human development. The answer is not determined by personal philosophy, religious beliefs, or even a speculative outlook. There is a proven starting time of human development: conception. 96% of biologists agree that life begins at conception.

At the moment of fertilization, a unique set of DNA is created, and a human baby begins to develop. Gender, ethnicity, and other human characteristics are determined in that DNA at that moment. A new life has, in fact, begun growing and will continue to develop over time. A zygote develops into an embryo, and an embryo develops into a fetus; finally, that child becomes a born infant. Regardless of size and location, he or she is human the entire time.

Human life develops over time, in a woman's womb. Denying those facts by claiming a fetus is not human before a certain point is anti-science. That preborn child is not less human than any other, simply because he or she is still developing and growing inside his or her mother’s body.

Claiming a baby is not human is not only anti-science; it is also the definition of dehumanizing.

Why Many Refuse to Answer the Question

While debating about abortion, the most difficult question for pro-abortion individuals to answer is: When does life begin? Pro-aborts would rather consider any other angle, because if they face the scientific facts, abortion becomes unthinkable. The abortion lobby and pro-abortion politicians are acutely aware of this; that is why they almost always avoid the question or find ways to skirt around answers to this critical question.

We as a people can disagree on the when, but we cannot leave the question blank anymore. It’s a matter of life or death.

Personhood should be a key component to every single discussion of abortion. There is nothing more relevant to the debate. When does a human being deserve protection? Yet the question is almost always left to an arbitrary time (if it’s answered at all). Is it a person when a heartbeat can be detected? Movement? Ability to feel pain? Viability? First breath? These are all arbitrary requirements for the status of personhood.

Viability, for example, changes as our medical advancements improve. Babies have survived after being born as early as 20 weeks’ gestation.

Each milestone through pregnancy is not a step closer to making a fetus suddenly a human being at birth because the fetus has been the same human the whole time. Even if people disagree on the specific time when life begins during human development, one must have an opinion that is clear; because everything hinges on when a person is a person or not. If there is no clear time when a developing human is deserving of rights, they will have none. It leaves every child in the womb extremely vulnerable when there is no opinion. It offers them no protection until they are “deemed” human, a person with value. “We don’t know when life begins,” is not an acceptable answer in this life or death debate. State sanctioned violence occurs daily in the form of abortion because too many politicians and governing forces “don’t know when life begins.”

If we have no idea when life begins, lives will be brutally and prematurely lost.

Colorado has just passed Bill 1279 that allows abortionists to "refrain from acting" if a baby is born alive from a failed abortion. Colorado Abortionists now have the right to do nothing to save a newborn baby fighting for its life.

A new law in Maryland now allows a woman and her doctor up to 28 days after birth to decide if her child can be left to die. This law, SB669, robs even a newborn baby of personhood.

California also has a similar bill, AB 2223, to protect abortionists from any legal repercussions—potentially even if the “abortion” occurs after birth.

Where does it end? Preborn babies and those born in any circumstance deserve rights and protection, but are denied such if they aren't seen as human.

Err on the Side of Humanity

“When does equal protection under the law attach to a human being?”

The answer is almost never answered. Most arguing in favor of abortion use this faulty statement:

We do though. According to human biology there is a time when life begins to develop. It is conception. Avoiding the “when” makes it easier to justify taking lives through abortion.

Too often people just regurgitate what they’ve heard for years from others and continue to dehumanize every unborn child by stating things like: “It’s not a baby before viability.” What was it from conception until 22 weeks then? Just before “viability” she or he was still a moving and growing baby. Size and location do not determine a human being's worth. Splitting hairs when it comes to life is inhumane.The truth is actually very simple. Science has given us a clear time when life begins and developing human beings do in fact deserve to be protected, and we should err on the side of life and humanity every time.

People Who Love Truth and Stand for It

Now that Roe v Wade has been overturned, states must decide now if they will respect, love, and defend human life from the beginning—and if not, from when? This question is pertinent now more than ever.

We need teachers, leaders, and voters who have opinions and clear-cut answers about fundamental protection under the law.

We must protect all human life, so questions about life are absolutely vital to anyone in a position to judge laws about freedom and life in this country.

A Supreme Court Justice with no ready opinion on life and protection under the law is just one example of almost every pro-abortion person avoiding reality in this debate. With the technology and evidence we have regarding child development today, this should not even be a question to begin with. Shouldn’t we err on the side of life no matter who we offend or what billion dollar companies won’t profit from speaking the truth about life? Shouldn’t we be talking about this more and not leaving things up in the air because we “don’t know for sure.”

We need to ask these questions about life, and we need leaders who can answer these questions and uphold the fundamental truth that we all have the right to life, liberty, and the pursuit of happiness.