Planned Parenthood of Utah Invited Us To Join Them: Here's Our Response 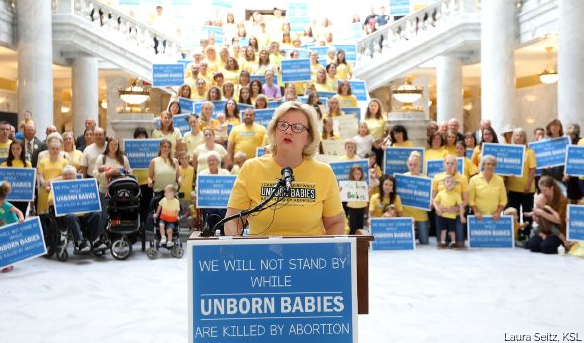 At the kick-off press conference introducing the Abortion Free Utah campaign (of which Pro-Life Utah is a part), chairwoman Merrilee Boyack issued a powerful invitation to Planned Parenthood Association of Utah to leave the state. In return, PPAU has issued an invitation of their own: CEO Karrie Galloway told news media that if Abortion Free Utah really wanted to reduce abortion, they should work with Planned Parenthood (instead of seeking to eliminate them), and a recent blog post on Planned Parenthood Action Council of Utah’s website even suggested that AFU should host a fundraiser to benefit their work.

Here’s our response to Planned Parenthood of Utah:

We will never join forces with an organization that benefits financially from abortion, that is required to perform abortion in order to operate, that undermines parents at every turn, and that has a radically different view of what constitutes healthy sexuality education than we do.