To the Mormon Woman Who #StandswithPP: A 10-Point Response (Part 1)

This is Part 1 of a two-part series responding to the article “I’m a Mormon and I stand with Planned Parenthood #standwithPP." Click here for Part 2.

In the summer of 2015, Planned Parenthood found itself embroiled in controversy regarding videos that purported to show the selling of fetal tissue. Pro-lifers were horrified and recommitted themselves to working toward an end to abortion, while pro-choice advocates insisted the videos were fake and claimed that Planned Parenthood  is necessary and helps prevent abortions.

Here in Utah, amidst talks of Governor Herbert cancelling federal funds, Planned Parenthood supporters came out in full force. They rallied at the Capitol, showed their solidarity on social media, and were loud and proud in pink. One woman, Crystal Young-Otterstrom, wrote an article on Mormon Press detailing why she as a practicing Mormon supports Planned Parenthood. Specifically, she argues that abortion should be legal even if she herself is personally opposed to it.

It’s been a few years since this piece was written, but Planned Parenthood of Utah is again in the spotlight, and it’s important to reexamine some of the arguments made in favor of this organization (and in favor of legalized abortion). Here is a 10 point analysis of why Ms. Young-Otterstrom is wrong:

1. Young-Otterstrom is wrong about the separation of Church and State.

She writes, “I also believe the Constitution of the United States is an inspired document and I believe its authors — our Founding Fathers — got it right when they separated Church and State.”

The phrase “separation of Church and State” is not found in the Constitution. These words come from a letter that Thomas Jefferson wrote to a Baptist organization saying that the government would not interfere with their religious observances. As many have done, Young-Otterstrom incorrectly uses this phrase to imply that principles rooted in faith should not influence the public sphere.

Because the author identifies very clearly as a devout Mormon, it’s only fitting to bring in the words of a Latter-day Saint leader speaking precisely to this issue:

“If we say we are anti-abortion in our personal life but pro-choice in public policy, we are saying that we will not use our influence to establish public policies that encourage righteous choices on matters God's servants have defined as serious sins. I urge Latter-day Saints who have taken that position to ask themselves which other grievous sins should be decriminalized or smiled on by the law on this theory that persons should not be hampered in their choices. Should we decriminalize or lighten the legal consequences of child abuse? Of cruelty to animals? of pollution? of fraud? of fathers who choose to abandon their families for greater freedom or convenience?”

2. Young-Otterstrom is wrong that those who oppose legalized abortion are “placing their religious beliefs ahead of another’s.”

The crux of the article is that those who oppose legalized abortion do so because of their faith. This is a strawman argument; there are a whole host of reasons to be pro-life that have nothing to do with religion. For example, science shows that a unique human being with a distinct DNA is created at the moment of conception, and true human rights advocates assert that all people of all ages, race, and location (in the womb or out) are entitled to dignity, respect, and the right to life.

Albany Rose Saindon is an atheist pro-life activist who speaks out on the issue of life and tells how Planned Parenthood manipulated her into a pregnancy termination. One does not have to believe in God or adhere to a certain faith to know that abortion, the deliberate ending of a human life, is wrong.

3. Young-Otterstrom is wrong when she refers to pro-life legislation as regulating “what a woman can or can’t do with her body.”

We have a lot of laws about what a woman can or can’t do with her body. We have laws about seat-belts, drugs & alcohol, violent behavior, and a wide variety of other things concerning bodily actions. Does Young-Otterstrom oppose those laws? When it comes to abortion, however, we’re not talking about a woman’s body. We’re talking about the distinct life that is growing and living inside her body. Otherwise, a woman who got an abortion would be aborting herself. Referring to “what a woman can do with her body” is a weak talking point that has been around for years, but fails to stand up to scrutiny.

4. Young-Otterstrom is wrong when she says that “PP is a full-service OB-GYN facility.”

This is similar to how CEO Karrie Galloway repeatedly (and fallaciously) says that Planned Parenthood of Utah offers “comprehensive reproductive healthcare.”

What do they offer? Birth control, pap smears, STD testing, and abortion. To call Planned Parenthood a “full-service OB-GYN facility” is not simply stretching the truth: it a complete lie.

5. Young-Otterstrom is wrong to claim that Planned Parenthood doesn’t push women toward abortion. 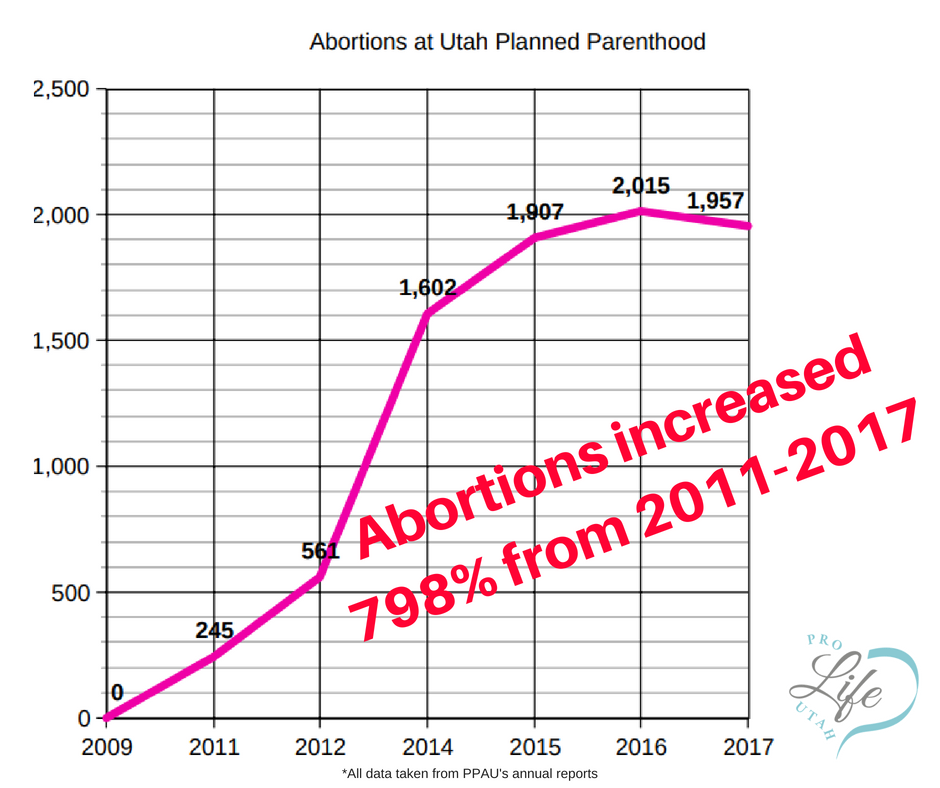 She writes, “a PP staffer will never try to pressure a woman away from adoption or keeping a child and towards an abortion. They will simply educate the woman on her options and support her in whatever choice she makes.”

Multiple former Planned Parenthood managers and employees have exposed how PP affiliates have abortion quotas to meet every year. They do not receive any money if a woman chooses to carry a pregnancy to term and either parent or place a child with an adoptive family.

Abby Johnson, a former Planned Parenthood manager, explains how abortion is Planned Parenthood’s highest-revenue generating service. In a Facebook post, she writes that the reason that PP provides contraception and STD testing is because those services get people in the door, but that “everything they do is simply leading back to abortion.”

Planned Parenthood of Utah’s annual reports make no mention of adoption referrals or parenting resources. They do, however, show a steady increase of abortion. Of course they push women toward termination.