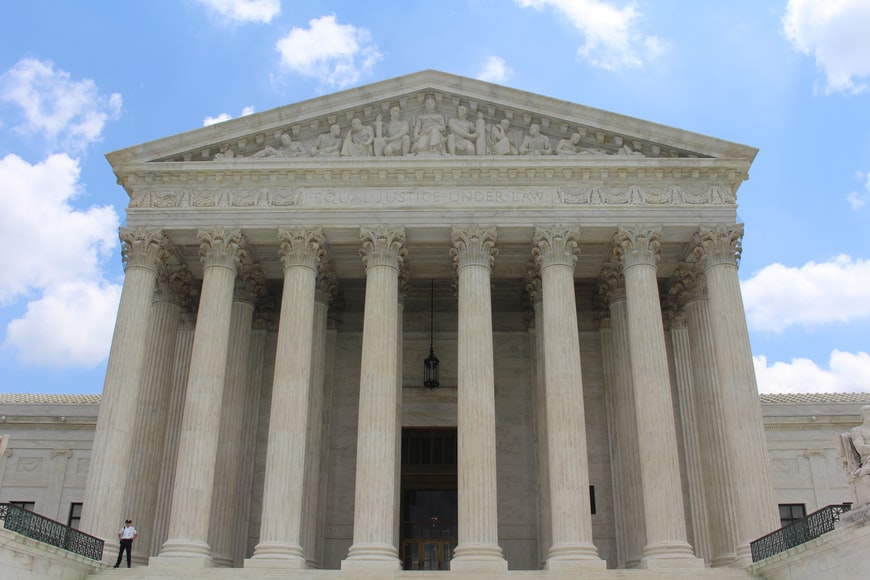 The Ninth Amendment clarifies that there are certain rights guaranteed to the people that are not expressly included in the Constitution. In this case, the Court established that the right to privacy was among those unwritten rights. “We deal with a right to privacy older than the Bill of Rights … marriage is a coming together for better or for worse, hopefully enduring, and intimate to the degree of being sacred.” [2]

The Court then sympathizes with the idea that not allowing women to kill their child in the womb will force women into “distressful” lives, but no evidence is provided to support this claim. [3] To tell women they must kill their children to avoid a distressful life, that killing their child is worth it to avoid difficulties that arise from carrying and raising a child is one of the ugliest conclusions written in Supreme Court law.

Perhaps the most incredible statement by the Court was, “We need not resolve the difficult question of when life begins.” [3] Isn’t that the one question that needs to be resolved? The Court completely dismisses the consideration of personhood in abortion law and, in doing so, sets a dangerous precedence: priority will go to the feelings and opinions of the vocal crowd over the rights and lives of the vulnerable and weak.

In Roe v. Wade, the state of Texas argued that “the fetus is a ‘person’ within the language and meaning of the Fourteenth Amendment.” Justice Harry Blackmun responded to this in his majority opinion, saying, “If this suggestion of personhood is established, the appellant's case, of course, collapses, for the fetus' right to life would then be guaranteed specifically by the Amendment." [4] When Roe was decided, we lacked many technologies that now help us see the humanity—and therefore, personhood—of preborn children. We can get a further glimpse into life in the womb today than we could in 1973. The Supreme Court should reconsider the decision in Roe v. Wade with this information in mind.

Abortion could now be completely restricted after viability in the state’s “interest in the potentiality of human life.” [5] The Court stated that pre-viability restrictions can help to inform and protect the health of a mother but cannot place on undue burden on ability to obtain the abortion.

It is also impossible to say for certain which babies in the womb are or are not viable outside the womb. Richard Hutchinson, who was born at 21 weeks and weighing just over 11 ounces, was given a 0% chance of survival. He just celebrated his first birthday this year. [7]