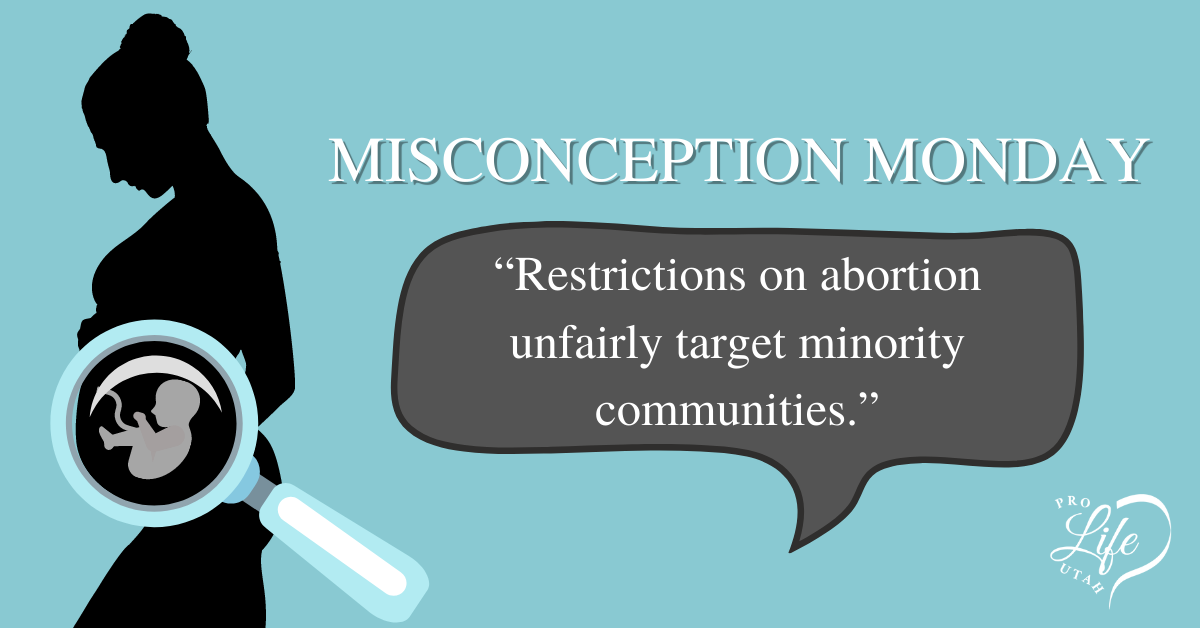 A common misconception promoted by pro-choice advocates is that restrictions on abortion unfairly target minority communities. This argument is based on the idea that access to abortion is necessary for the public good.

But in reality, it is abortion itself that unfairly targets these communities. Looking beyond the misconception that abortion is “healthcare” will show the devastating loss of life that disproportionately affects minorities.

One example of abortion providers targeting minority communities is Planned Parenthood founder Margaret Sanger, whose goal was to use her organization to “exterminate the negro population.” [1] Seven decades later, this gruesome goal continues to unfold at abortion clinics nationwide. According to reporting by the CDC, black children are aborted at nearly 4 times the rate of white children, and Hispanic children are aborted at one and a half times the rate of white children. [2] Nearly one-third of all black pregnancies end in abortion. [3]

In 2018, virtually the same number of black lives were taken through abortion as through all other causes combined [3]. The black population accounted for 38 percent of all abortions in the U.S., despite representing only 12 percent of the population. [4] The Wall Street Journal reports that in New York City, thousands more black babies are aborted than born each year. [5]

Planned Parenthood and other abortion providers are well aware that minority communities are disproportionately represented in these grim statistics, and they target their marketing and place their clinics accordingly to attract the most business.  According to Policy Report, 79% of abortion clinics are located in minority communities. [6]

Although Planned Parenthood has publicly tried to distance itself from the racist and ableist statements of its founder in recent years, they continue to meet her goals of eliminating minorities from society.  It is estimated that up to 20 million black babies have been killed by abortion since Roe vs. Wade in 1973. [7]